How I Got a Book Deal – Part One

Before I finally got my book deal – I did it, did you know? – it was the one thing I googled and researched and asked about the most while working on my novels. How did other writers manage to acquire that elusive, golden prize of actually having a publisher say yes. Yes, they love the book that’s been your life for the last so many months (years even). Yes, they think it’s actually fit for human consumption. Yes, you can write. Yes. Yes!

So I decided to dedicate today’s blog to that very question; and not only to ask it of myself and share the answer here, but to ask it of others who also managed to achieve that dream. So many wonderful writers responded and agreed to share their experiences that this will definitely be a two-parter, and possibly even three. I hope their responses will inspire, drive, confirm, and give hope to other writers striving to get their work out there. 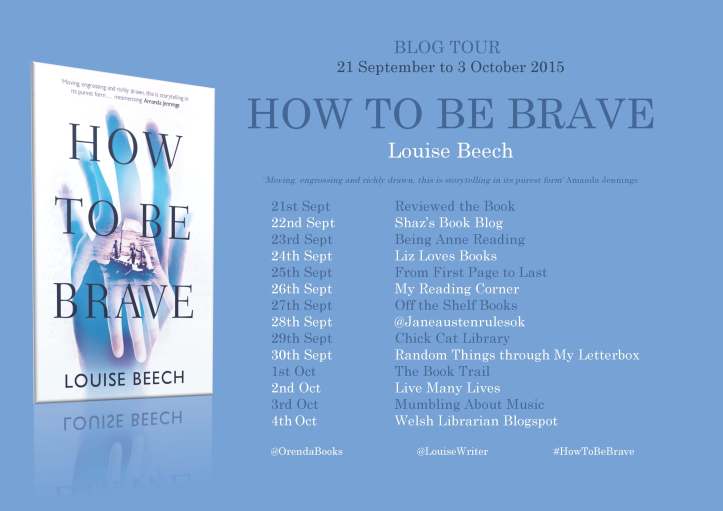 So – how did I do it? Here we go, in one long sentence, in one tumble of excited words, my book deal journey…

Now over to those incredible writers and their tales. Thank you so much to them for taking the time to do this. Today Claire Fuller, David Young, Jane Isaac, Nick Quantrill, Sarah Jasmon, Gill Paul and Rebecca Mascull join us. And a few other very exciting writers will join me in part two… 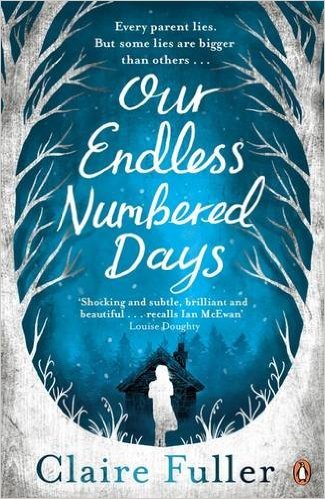 I sent my submission out to twelve agents – selecting them on the basis of whether they had an open list, were interested in debut authors and literary fiction, and whether I thought they looked friendly. I was lucky enough to get a couple of requests for a full submission, and then asked to come to a meeting in London with Jane Finigan from Lutyens and Rubinstein. I signed with her a week or so later. Jane and I worked on editing Our Endless Numbered Days for about six weeks and then she selected twelve editors in publishing houses to send it to. Within a few days we had offers from three, and so the book went to auction. It was the most amazing thing. The auction went on for a couple of weeks, and then two days after I got married, when I was sitting in the back of a car surrounded by empty bottles and bin-liners from tidying up after the wedding, Jane phoned me and told me that Fig Tree, an imprint of Penguin had won. 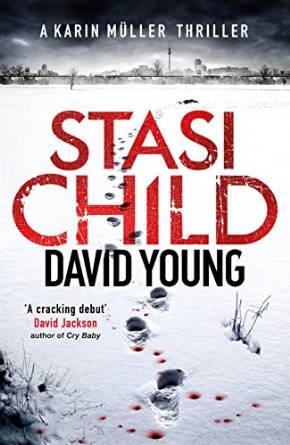 To get any deal – certainly to get a decent deal – you usually need a literary agent. I came close to landing one when I first tried writing a novel some fourteen years ago. After several rejections, my second manuscript got called in by a leading crime agent who compared the sample chapters to bestseller Robert Goddard. But in the end she didn’t like the book enough. Ten years on, I decided to have another go, but was determined to do it properly. That rejected manuscript was useful because it earned me a place on the inaugural Crime Thriller MA at City University, tutored by leading crime writers. Stasi Child was conceived in the first term, initially as an exercise in setting. I was then one of the prizewinners when I entered the opening chapters in the Yeovil Literary Prize in 2014 which gave me the first indication that perhaps, this time, I might have more success. In the end, I didn’t have to endure another round of rejections. At the shortlisting stage for the City University course prize, sponsored by literary agents PFD, an agent there – Adam Gauntlett – snapped me up before I’d submitted anywhere else. Even then, a deal wasn’t instant. The first round of submissions resulted in a French deal and an option for TV rights, but it wasn’t until a second round some months later that Adam secured a three-book deal for World English rights with Bonnier publishing’s new UK fiction arm. PFD have since sold foreign rights to Poland and Israel, with others in the offing. Stasi Child entered the official UK Top 20 fiction chart soon after paperback publication in February 2016, and was made Crime Book of the Month by The Times, and Pick of the Week by the Daily Telegraph.

Jane Isaac – Before It’s Too Late, The Truth Will Out, An Unfamiliar Murder 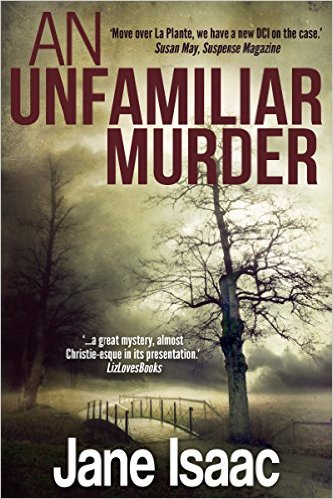 Like many writers, I’ve had rather a roller coaster ride to publication. When I finished my first book I was still studying creative writing with the Writers Bureau, and my tutor read the sample chapters and recommended that I send it to a small publisher called Crème De La Crime who accepted submissions from unpublished writers. They responded within a week to say that they couldn’t accept new submissions, having just been taken over by a large publisher, but they enjoyed the piece and suggested I send it to a couple of agents who were interested in new crime writers. I really didn’t expect to hear anything, you get so many rejections in this industry, so I was stunned when they both wanted to sign it! To cut a long story short, after a lovely day at their Kensington offices I signed up with one of the agents and they submitted the novel to the big publishing houses. The result was disappointing: We had lovely feedback, they all seemed to like the work, but nobody offered to sign the novel. My agent suggested I submit to the independent publishers and I signed with US based Rainstorm Press within a month. Rainstorm were only able to distribute books online in the UK, so when I finished my second book, The Truth Will Out, I decided to throw myself back into the slush pile and try for a British publisher. Luckily I signed with Legend Press who released my third book, Before It’s Too Late, last year and will be publishing my new title, Beneath The Ashes, on 1st November 2016. 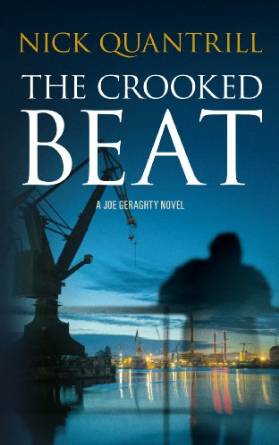 When I completed my first novel (second, really), I had no idea how to find a publishing deal. I didn’t know anyone in the business and I certainly didn’t know anything about how it worked. My gut instinct, though, told me a crime novel featuring a Private Investigator in Hull would sit better with a small press, preferably a specialist in the genre. I set about researching online, networking and talking to people. Rather than sending out submissions blindly, there was some logic in the process and I was fortunate to quickly find Caffeine Nights.

Sarah Jasmon – The Summer of Secrets 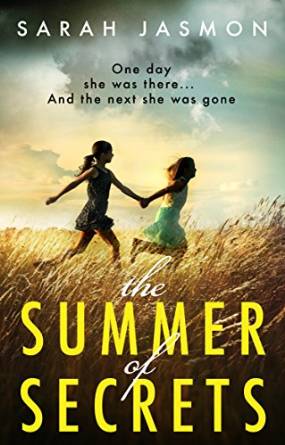 Back in 2013, I’d finished my first novel as part of my MA and had it rejected by the only agent I’d sent it to. I knew it needed editing, but didn’t have the time and space just then to deal with it. On a writing retreat, the subject of elevator pitches and approach letters had come up, so I’d done a bit of work of them. My boyfriend was on the shortlist for the Terry Pratchett First Novel Award that year, and I went along to the award ceremony. An evening in a room full of publishing professionals was an absolute gift, though I was actually more focussed on making contacts to get books to review on my blog than in selling my own novel. But one thing led to another, and I ended up with two editors reading the manuscript. One sent it on to Carrie Plitt at Conville & Walsh, who is now my agent, and the other ended up commissioning it for Transworld. Lucky timing, yes, but I also had a completed manuscript and a pitch ready to go when I was asked what my book was about. Lesson: be prepared, and make the most of any opportunity that comes up. You just never know…

Buy The Summer of Secrets

Gill Paul – Women and Children First, No Place for a Lady, The Affair, Titanic Love Stories 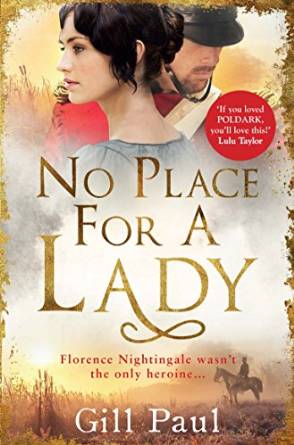 My first book deal came about the old-fashioned way: I wrote a novel, sent it to half a dozen agents, and one of them agreed to represent me. She then sent it to half a dozen publishers and one agreed to publish me. There was no high-stakes auction, no six-figure advance, but after getting the call I curled up in foetal position on the rug, heart hammering so hard it was half an hour before I could calm down enough to call my mum. I don’t think it would have been so easy today. When brainstorming ideas for new novels now, I try to think about how they could be marketed: centenaries, film releases to tie in with, topics on which I could pitch articles to the press. A sales director once told me you need to be able to condense your idea into a compelling soundbite that can be delivered in less than 30 seconds – the average time they have to pitch it to book chains – but I’m utterly, pathetically useless at that.

Gill Paul’s new novel The Secret Wife, about the fate of the Russian royal family in 1918, will be published in September 2016

Buy No Place For a Lady

Rebecca Mascull – Song of the Sea Maid, The Visitors 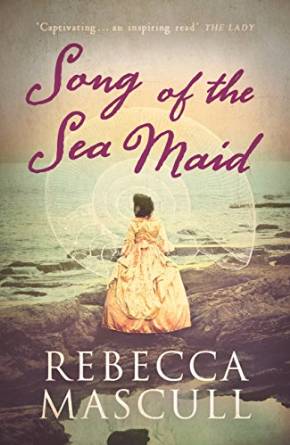 I spent twelve years trying to get published before I finally made it! I wrote three novels before THE VISITORS, each of which got an agent but nothing further. Then I wrote THE VISITORS in a state of complete what-the-hell, devil-may-care, I’ve got nothing to lose, kind of thing. I sent my agent the manuscript on May 21st 2012. On June 21st, we heard from Hodder and Stoughton that THE VISITORS had secured a deal. One month to the day since the novel was finished and sent off, seven years give or take a month or so since I left full-time teaching to become a novelist, and twelve years since I’d decided to try and get published. Some people do it quicker, for some it takes longer, and some give up or never achieve whatever their writing dreams happen to be. For me, I wanted a novel of mine to be published by a publishing house, not by myself, and that is what happened for me, after years and years of trying. After that, I wrote my next novel in more or less complete isolation; I had a one-book deal for THE VISITORS and no kind of guarantee that my publisher would like my next book. I didn’t know what they were going to think when I sent it off. It was bloody terrifying! But luckily, Hodder made a two-book offer for that novel – SONG OF THE SEA MAID – and a further book (of which I’ve just finished the first draft). And only then did I begin to feel a little bit more like a real writer.

Buy Song of the Sea Maid